Anger from the doctors of Bursa: “We will ask for an account!”

Physicians who came together at Bursa Uludag University Medical Faculty Hospital, as well as Kent Hospital, cried out for health working rules and a non-violent professional life.

While the press statement, which was attended by CHP Bursa Deputies Yüksel Özkan, Orhan Sarıbal and Nurhayat Altaca Kayışoğlu, was carried out with a wide participation, the slogans “Minister Resignation”, “Violence in Health End” and “We Are Not Feared, We Are Not Giving Up, We Are Going Nowhere” were chanted frequently.

Bursa Medical Chamber Leader Dr. Levent Tufan Fabric stated that they warned the government again and again, that violence in health is not an isolated phenomenon, that it is a social and political problem, and that they have repeatedly mentioned it with their relations. 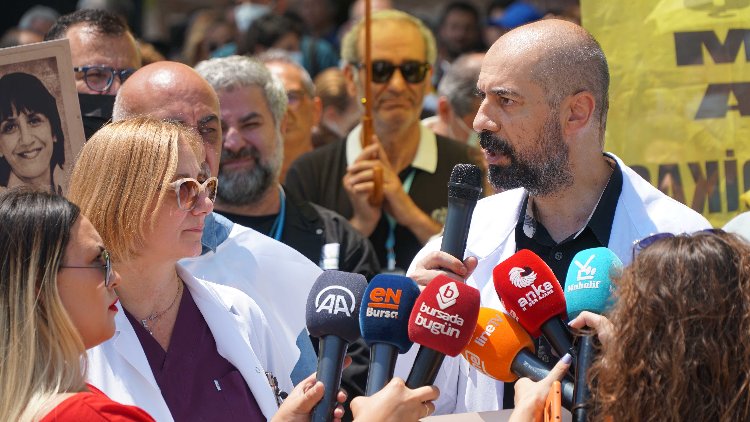 Explaining that due to the increase in armed incursions in health institutions, they suggested taking measures in this regard and proposals for amendments to Article 6136. Fabric, “However, all our warnings were ignored, with a conscious approach, the source of violence was detached from its social context and the problem was reduced to individuals,” and underlined that those responsible did not take any steps regarding this situation other than condemnation.

Saying, “This approach of the responsibles resulted in a murder again today,” Fabric said, “The increasing climate of violence in the country has not only deteriorated our working conditions, but also destroyed our safety of life,” said Bursa Medical Chamber Leader Dr. Tufan Fabric said, “All the responsibility of the health system, which is clogged in every sense, falls on the shoulders of the doctors and health workers, this situation makes us our goal, the policies carried out in the field of health are returning to us as violence, death, desperation and despair.”

Stating that it is the responsibility of the political power to provide a safe working area, Yaprak said that the officials, especially the Minister of Health, who do not fulfill their responsibilities, should resign immediately and announced that they will leave their jobs across the country tomorrow as they do today.

Following the statement, representatives of health organizations made speeches. Dr. The event ended with a one-minute stance of respect for Ekrem Karakaya. 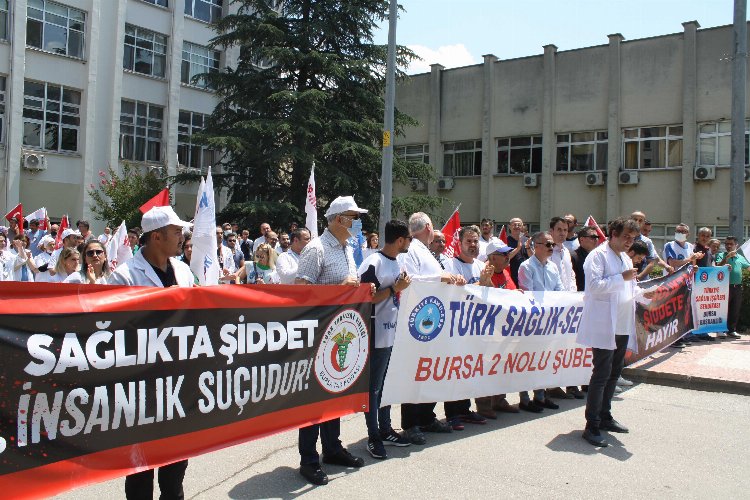 Bursa will find its way to Gemlik with ‘urban transformation’

Abe assassination suspect: There was no political purpose