Minister of National Education Mahmut Özer and Minister of Family and Social Services Derya Yanık signed the Protocol on Supporting Children in Preschool Education, which was prepared in cooperation with the two ministries.

ANKARA (IGFA) – The Protocol on Supporting Children with Preschool Education, prepared in cooperation with the Ministry of National Education and the Ministry of Family and Social Services, was signed by Minister Özer and Minister Yanık in a ceremony held at Çankaya Mehmet Meto Kindergarten.

Minister Özer stated that the two Ministries signed a very valuable protocol on promoting access to pre-school education and said that education is the most valuable instrument in increasing the quality of human capital, which is the most precious capital of countries. 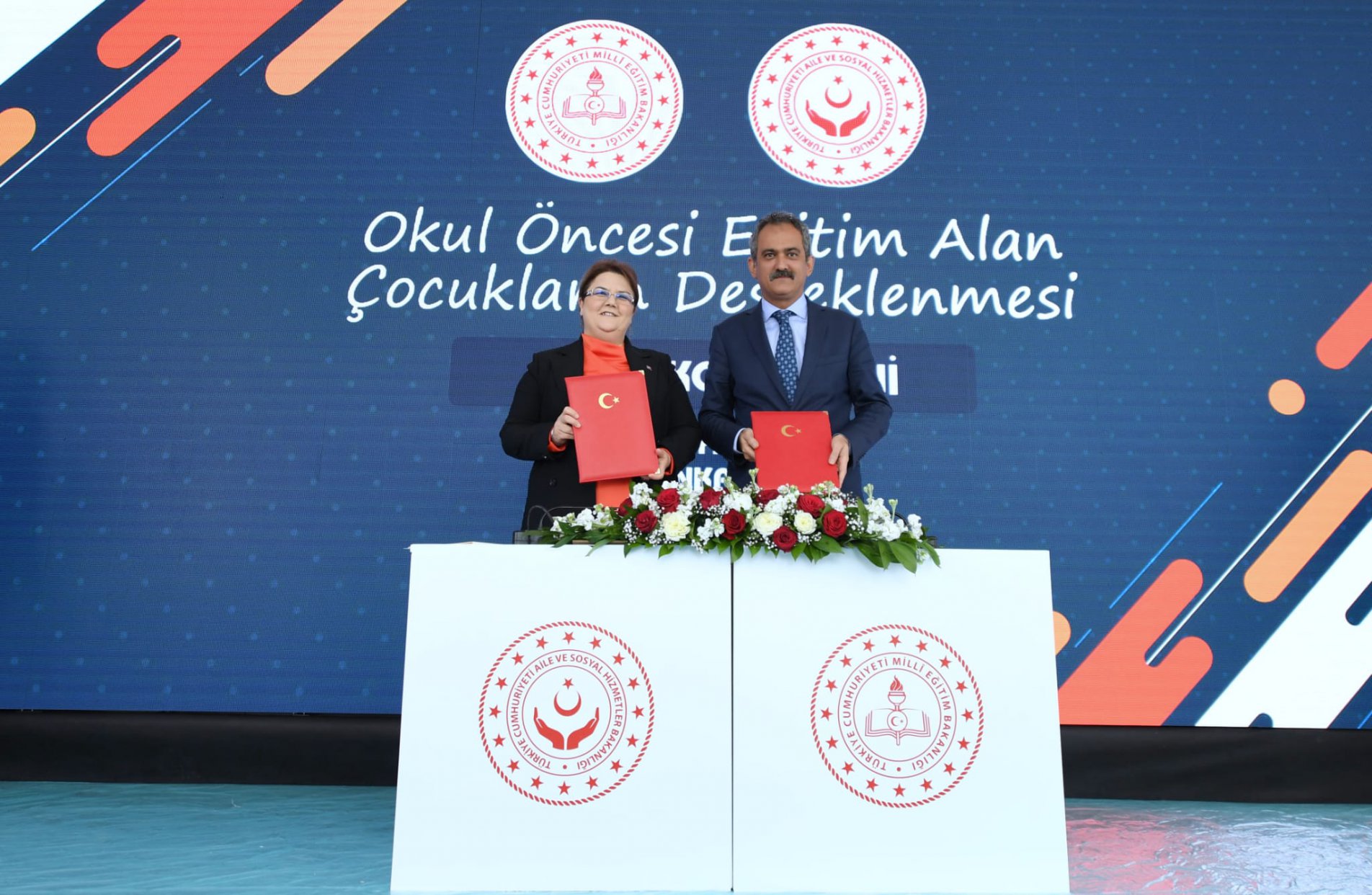 Emphasizing that as the Ministry of National Education, they have focused on increasing access to pre-school education in the new era, Özer said, “As all scientific literature reveals, pre-school education policy has the lowest economic cost although it has a long history. corresponds to an education policy with the highest long-term return. The access problems in front of pre-school education appear as an instrument that undermines equality of opportunity in education, in other words, as a middle school success gap in the later stages of education. As you all know, this period is our burden, strengthening “What we want is equality of opportunity in education, because Turkey, under the leadership of Mr. . Recep Tayyip Erdoğan has solved the problem of access to education in the last 19 years. Now it is on our agenda to ensure that all our children have access to the highest quality education and to reduce the difference in opportunities in the middle of school.”

Minister Özer noted that they reduced the criteria for 10 students , especially those with a quarter population and required for opening a kindergarten in village schools, to 5, and that with this regulation change, they enabled 12 thousand puppies to meet with the kindergarten.

Mask obligatory ends in flights in the EU