A real drill from Kocaeli TransportationPark

KOCAELİ (IGFA) – According to the information received by AFAD in the scenario realized, it was learned that there was an earthquake with a magnitude of 6.4. During the earthquake, all TransportationPark employees applied the rule of collapse, grab and hold. With the end of the earthquake, they went to the assembly areas and took a roll call. It was noticed that one person was missing during the roll call. Just at this time, the tram that entered the warehouse area became a derail (derailment) and an employee was under the tram. Emergency assistance was requested by calling the ambulance and fire brigade.

Ambulance and fire brigade, who came to the scene within a short time, started to intervene quickly. The employee, who had fainted in the building due to the shaking, was taken to the ambulance with the help of a stretcher by emergency intervention. The incoming firefighters intervened in the tram that was derailed. Fire crews rescued the TransportationPark employee who was under the tram and delivered them to the ambulance groups and got the tram back on track. 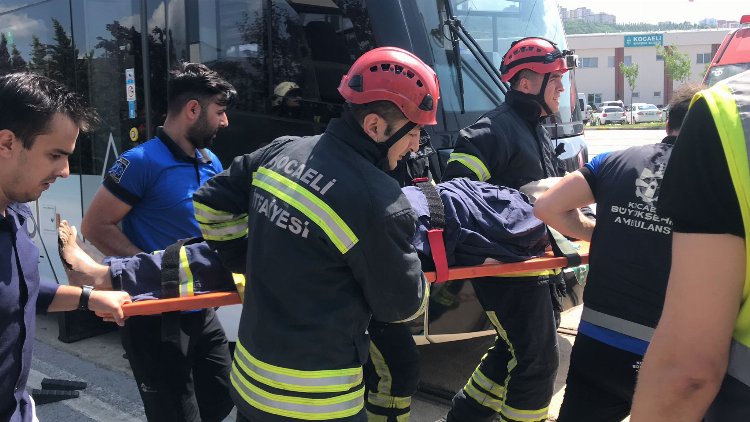 In the created emergency crisis center; All vital missions were carried out, such as directing the relevant individuals, establishing inspection contact with 112. Teleconference meetings were held with the employees, security, ambulance and fire brigade staying inside. In addition, the team was directed to close the water, electricity and gas valves in the building. When the exercise was over, information transfer was provided to the Metropolitan managers.

All TransportationPark employees are given training on what to do in case of disasters and emergencies. In this way, in the earthquake drill, first the rule of collapse, trap and hold was applied, then the Emergency Assembly areas were moved in a faithful manner. In this way, a possible stampede was prevented. All inspections were checked and the exercise was terminated.

Mask rule for closed areas and mass events in TRNC