A different view of Turkey’s agriculture from Bursa: We do not deserve to be poor on wealthy lands

Ali Ekber Yıldırım, the author of Dünya Newspaper, who attended the meeting on “Food Safety and Agriculture in Turkey”, said, “We do not deserve to be poor people from rich lands. We have potential, but we cannot use it.”

Speaking at the opening of the meeting held in the garden of BUSİAD Residence, BUSIAD Executive Council Leader Buğra Küçükkayalar emphasized that Bursa is Turkey’s production base and said, “Not only in industry, but also in agriculture, especially fruit growing and milk production.” We want them to live in harmony with the principles whose contents are obvious and accepted by all stakeholders. Our problem is production. However, production with high added value. Both in agriculture, tourism and industry,” he said.

Speaking after Küçükkayalar, BUSIAD Board Member Yasemin Uyar Duman gave information about the Food and Agriculture Expertise Group’s report and said that among the analysis proposals they brought to the language in the report, she thought that those belonging to human beings were the most valuable.

Ali Ekber Yıldırım, the author of Dünya Newspaper, who started by sharing Turkey’s agricultural information, stated that agriculture started in these lands and said, “We produce more than enough for ourselves in dried fruit, fresh vegetables and fruit. The problem is in oil “We can only afford 5% of it,” he said. 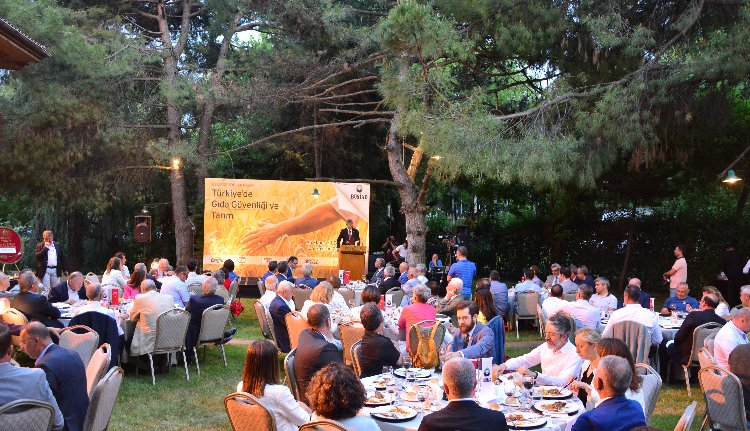 Claiming that although agriculture is as valuable as the defense industry, it was not fully supported, Yıldırım commented, “Agriculture was seen as a burden on the economy for years. We can both industrialize and develop agriculture. We buy both wheat and S-400 from Russia.”

Yıldırım, who also provides information on the pronunciation of food shortages in the world, said, “Wheat is used as a weapon. Even if you have money, you can’t get it. There is no big drop in production in the world. But China has made a huge stockpile. Manufacturers do not sell. There is 287 million tons of stock, half of which is in China. 60% of wheat production is made by four countries. Same with other works. When these countries say they do not sell, a crisis arises.”

Devoting a part of his speech to Bursa, Yıldırım mentioned that Bursa is the center of fruit growing. “Even though it is not from Bursa, peaches are still sold as Bursa peaches,” Yıldırım said, adding, “Black figs are at the level of being a brand. Bursa is experiencing a dilemma that the world is experiencing. Industry, but to what extent? But how far is agriculture? Tourism, but how far? BUSIAD has due this very well. We have potential, but we do not have a brand in agriculture,” he said.

Yıldırım said, “We do not deserve to be poor people of rich lands. We have potential, but we cannot value it. We need a production mobilization. There is a need for production planning on a press basis. In 2005, the ministry carried out a project called tarbil. It was an example to the world. But it was shelved. Young people are interested in agriculture. Inventory is very important,” he said.

After his speech, Yıldırım answered the questions, and BUSİAD Leader Küçükkayalar presented Derviş Coffee Cup as a gift. 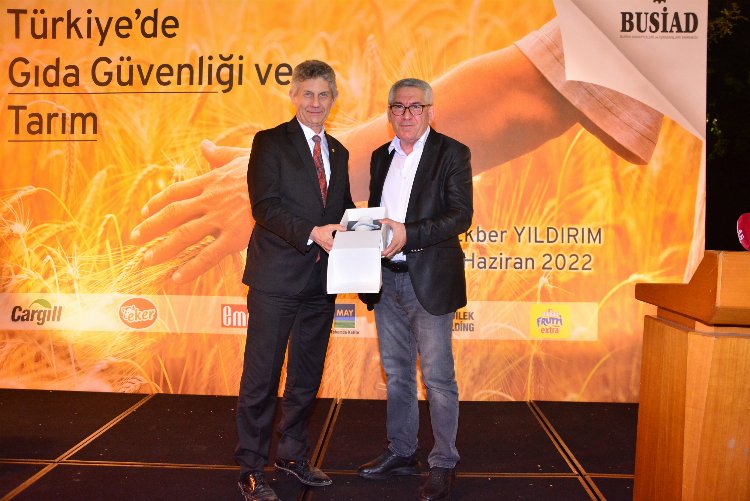