In the operation against the PKK/KCK armed terrorist organization organized by the Provincial Gendarmerie Command in Adıyaman, many kilos of basic necessities materials were seized, as well as many Kalashnikov cartridges in the rural area of ​​Yazıbaşı.

ADIYAMAN (IGFA) – Under the coordination of the Adıyaman Chief Public Prosecutor’s Office, groups affiliated with the Provincial Gendarmerie Command, which evaluated the intelligence within the scope of the investigations carried out against the PKK/KCK Armed Terrorist Organization, carried out a search and scanning activity in the rural area of ​​Yazıbaşı Village. 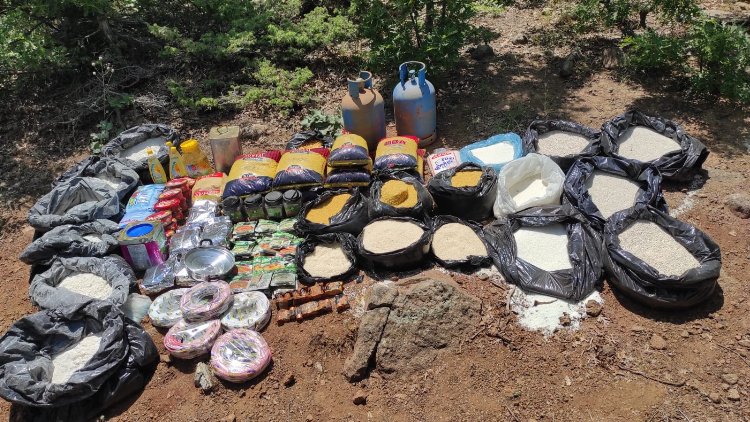 Materials that did not qualify as evidence were destroyed by the order of the Public Prosecutor.

It has been learned that investigations into the PKK/KCK Armed Terrorist Organization, both in the countryside and in the center, will continue to deepen and increase.

Crisis averted early: The movie about the daughter of the Prophet Muhammad was not screened