The awards were given in the “Live 1000 With Your Mind” Intelligence Games Competition, organized by Kocaeli Metropolitan with the support of the Turkish Intelligence Foundation, in partnership with the Provincial Directorate of National Education.

KOCAELİ (İGFA) – Awards found their owners in the “Listen to Your Mind” Intelligence Games Competition, which is organized by Kocaeli Metropolitan Municipality together with the Provincial Directorate of National Education, with the contributions of the Turkish Intelligence Foundation, for 4th grade students every year. The students were given a laptop computer for the first place, a notebook for the second place, a tablet for the third place, and a smart watch as honorable mention (between the 4th and the 10th). Smart watches were also presented to the teachers of the students who prepared the students in the process and achieved success in the Mind Games Competition, while desktop computers and printers (3 computers, 3 printers) were presented to the schools with top 3 students.

LIVE A THOUSAND WITH YOUR MIND

Speaking first at the award ceremony, Provincial National Education Director Ömer Akmanşen said, “We love our children who live a thousand lives with their minds.” Akmanşen says that our active children, who use their minds a lot from time to time, are told to behave a little; Mentioning that to behave well is not to be calm but to be smart, he emphasized how valuable it is for children to use their minds and intelligence by telling our children ‘behave or not be good’. Expressing that he is pleased that the Metropolitan Municipality organizes such programs and makes National Education a stakeholder, Akmanşen expressed his gratitude to Kocaeli Metropolitan Municipality by saying “Good luck to you guys, live with your mind”. 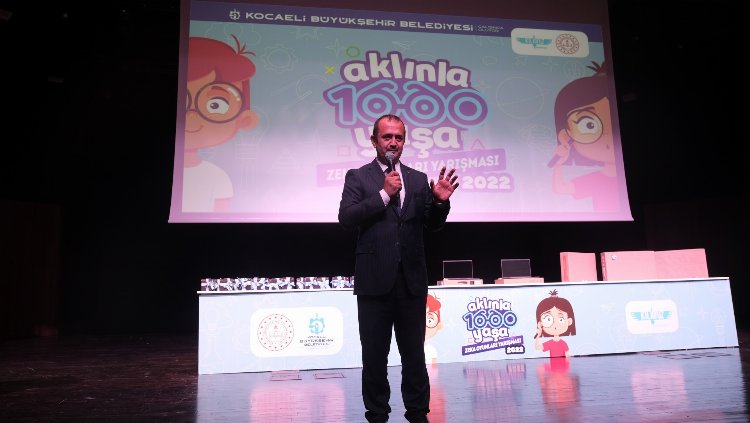 CONGRATULATIONS TO OUR CHILDREN

Yaşar Çakmak, the Deputy Leader of the Metropolitan Municipality, who came to the podium to make his speech, congratulated the parents, trainers, all the children who participated in the competition and received degrees. Noting that 18,300 students from primary school 4th grade students in Kocaeli participated in the competition, Çakmak, the Deputy Leader, said that taking part in such a great organization is a valuable job, and expressed his appropriate wishes by saying, “May the path of our children always be open.” Çakmak congratulated all the students who were involved in this process and received a degree by getting rid of the digital world a little bit in the age of technology and participating in this type of mind and intelligence games competition, and thanked everyone who contributed and contributed to the organization.

Mansur Yavaş made a transfer from MasterChef: It became the module of the service