10 thousand illegal immigrants were deported in 23 days! The number of outside the borders increased by 142 percent

Ministry of Interior, Directorate of Migration Management, within the scope of active efforts with illegal migration; It has been announced that 10 thousand 13 illegal immigrants have been deported in August and 72 thousand 578 illegal immigrants since the beginning of the year.

In compliance with the Ministry of Interior; Noting that the Directorate of Migration Management, the General Directorate of Security, the General Command of the Gendarmerie and the Coastal Security Command continue to deal with illegal immigration 24 hours a day, 7 days a week, the statement noted that in 2022, 197 thousand 482 illegal immigrants were prevented from entering Turkey, including on our eastern and southern borders.

It was stated that a total of 8,048 illegal immigrants were faithfully sent to their country with 2 charter flights and scheduled flights to Pakistan.

In the meantime, it was mentioned that the number of foreigners who have crossed into Europe since 2016 has been recorded as 718 thousand 586. 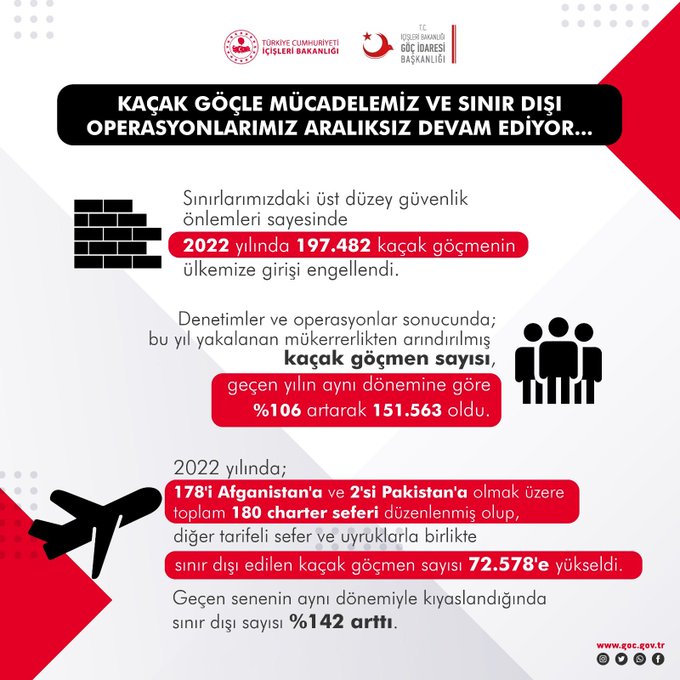 Ukraine warning from Putin to the West: ‘If you continue to send weapons, we will aim more places in Ukraine’